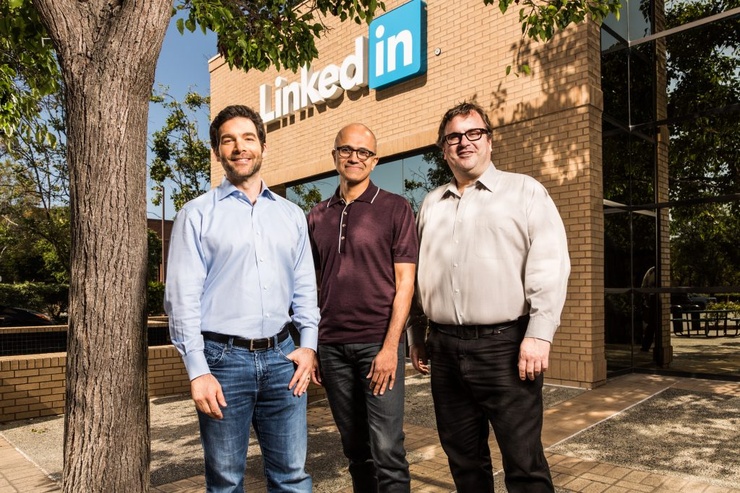 Microsoft has revealed plans to buy professional social network LinkedIn in a $US26.2 billion deal, representing one of the biggest in Redmond history.

“The LinkedIn team has grown a fantastic business centred on connecting the world’s professionals”.

“Together we can accelerate the growth of LinkedIn, as well as Microsoft Office 365 and Dynamics as we seek to empower every person and organisation on the planet.”

LinkedIn is the world’s “largest and most valuable” professional network and continues to build a “strong and growing” business.

Over the past year, the company has launched a new version of its mobile app that has led to increased member engagement while also enhancing the LinkedIn newsfeed to deliver better business insights.

In addition, the social media giant has acquired a leading online learning platform called Lynda.com to enter a new market and rolled out a new version of its Recruiter product to its enterprise customers.

“Just as we have changed the way the world connects to opportunity, this relationship with Microsoft, and the combination of their Cloud and LinkedIn’s network, now gives us a chance to also change the way the world works,” Weiner said.