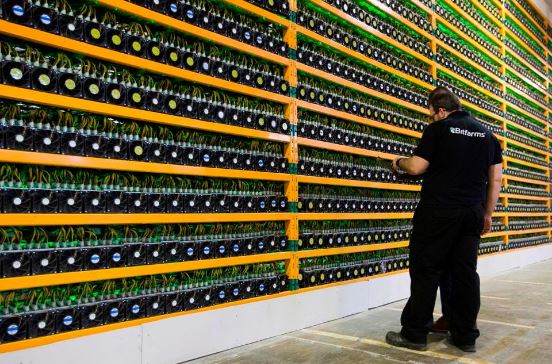 Despite visible gains for some investors, it may be time to evaluate whether crypto without China is viable.

China, the erstwhile capital of crypto, banned mining last June after banning crypto exchanges five years ago. There are two good reasons why China has banned mining in its borders. There is also a not-so-good reason.

First the good reasons: arbitrage of electric power costs and greenhouse gas emissions, which are related. If you think about it, crypto mining is really just embezzlement. Miners take advantage of super low prices for power, convert that power to coins, and sell the coins internationally for a big profit.

Electricity costs can represent more than half of the value of the coins produced. China’s Bitmain, the great-grandaddy of miners, which supplies around 65% of the world’s mining rigs and also runs its own farms, like other Chinese miners has long received subsidized rates for electricity—¥0.23/kwh or less for power, compared with standard rates as high as ¥0.88/kwh. So one quarter of the price. In May, the University of Cambridge estimated that crypto mining internationally consumes as much electricity as Sweden. That’s up from “between Jordan and Sri Lanka” estimated by researchers writing in the journal Joule in 2019. It’s clear that crypto is far, far more resource-intensive on a per-transaction basis than is the banking sector (including its ATM network, so researchers say).

Some of the low cost realized by miners is reasonable. You can’t store electric power, so if a waterfall is gushing, you might as well turn on the generator even if no one wants the power. Hence, very low prices in remote regions. And there are crypto miners, like the recently listed Argo Blockchain, which claim to be “green” miners that further offset their emissions by trading carbon credits.

But this argument is fundamentally flawed. That is because adding computation power in the bitcoin network actually reduces the efficiency of that power. All mining machines that participate in the network compete to generate bitcoin rewards. The number of bitcoins available to be mined self-adjusts down after every 2,000 or so blocks. Mining gets harder. Therefore, adding new and faster machines to the network does not increase the total amount of coin mined but changes the distribution—people who own the fastest machines are most likely to capture the rewards. That is why machines released in 2018 and 2019 are already obsolete. It is also why the amount of electricity consumed per bitcoin transaction—already many times that of, say, Visa—increases over time.

China’s mining has been concentrated in pockets of the country with orphan power resources—Inner Mongolia, home to more than one-third of all China’s coal reserves, where much coal sits unused at mine mouth, Yunnan and western Sichuan, where the rainy season brings a surplus of rushing water.  These provinces have come under pressure to meet emissions targets and, since they receive very little tax revenue from the mining facilities (which can easily hide their mining proceeds from regulators), they were happy enough to announce bans. Inner Mongolia officially issued a ban in May and Sichuan and Yunnan, via the power regulator, in June, just in time for a national ban June 18.

The bubble reason for China’s dislike of crypto is concern about capital flight. It is significant that China closed down the exchanges and moved to block Chinese access to overseas exchanges and wallets in the autumn of 2017. This was not long after China suffered significant capital flight and saw its foreign exchange reserves decline. Financial bureaucracies stepped in that year with their own plans to control networks.

Relatedly, China’s government wants to assert sovereignty over communication and computing networks. Analysts often point to the People’s Bank of China’s stated intention to issue its own cryptocurrency, claiming that the Chinese are squelching competition. This is not exactly true: digital and cryptocurrencies have little to do with each other. But data controls are certainly an expression of political anxiety.

China has actually been collectively worried about cryptocurrency for a decade. In 2013, the government ruled that its banks could not use bitcoin. It banned ICOs and domestic exchanges in 2017. A generally hostile environment has meant that local governments hide the mining farms they host by calling them data centers and pleading ignorance about the crypto business. That is why the most effective way to ban mining activity has been by setting a minimum electricity price.

Miners are on the run. In March, Chinese miners began transferring their rigs out of Inner Mongolia following news that the province, responsible for about 8% of the world’s hashing power, would shut down all crypto mining operations at the end of April. More than 1 million rigs are being moved to Canada. Chinese miners BIT Mining Ltd. (BTCM) and Canaan Inc. (CAN) are moving rigs to Kazakhstan. Thousands of rigs are moving to Texas, where unregulated power markets provide for pockets of ultra-cheap power. BTCM, for example, announced in May that it would restart Bitmain’s abandoned project to build a mining farm in Rockdale, Texas. Bitmain had planned to take over part of a plant abandoned by Alcoa AA -1.2%.

Texas electricity is actually about 10x the price of Iranian power, averaging 11 cents per kwh as of April versus a penny for Iran. Qatar averages 3 cents. Iran and Qatar have the cheapest power in the world, and Quebec is far cheaper than Texas. But miners are moving to U.S. as fast as they can, because this is where the investment capital is and consequently this is where mining companies want to show acres and acres of impressive-looking machines. That is important, because none of the listed miners are currently profitable; they are all attracting investment on the promise that they will mine more, higher-priced Bitcoin with their faster rigs. Currently, it takes around seven months to break even on the cost of a mining rig.

With Bitcoin trading at about $48,000, for the moment, no one cares, and initially, the China crackdown made mining easier for the online rigs and boosted profitability. As the China-based miners move, that is changing, fast.

In the meantime, the crypto news gets more and more un-Tethered from reality. A game called Axie Infinity that earns players Ethereum coins generated $485 million in revenue in two months—20x its total from the previous nearly three years. This supposedly super secure currency has been subject to epic thefts: hackers stole $600 mln from an exchange called Poly Network in early August. In June, the brothers who founded South Africa’s largest crypto exchange disappeared with about $3.6 billion in Bitcoin after telling investors the exchange had been hacked. In April, the founder of the Turkish crypto exchange Thodex reportedly stole $2 billion. The 30-year-old founder of the Canadian exchange QuadrigaCX reportedly died of Crohn’s Disease shortly after arriving in India for his honeymoon, taking $300 million of investor funds with him, since no one else had the passwords.

With this degree of volatility and insecurity, why would anyone see cryptocurrency as the currency of the future?