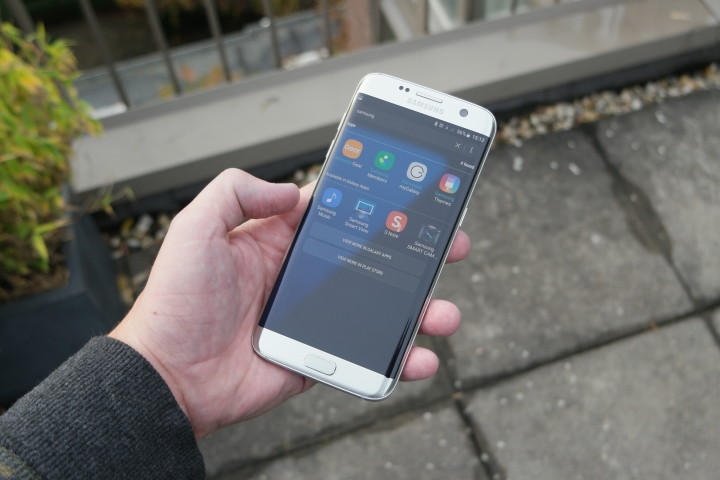 With a few days of playing around with the Android Nougat-running Galaxy S7 under our belt, it’s time to take a step back, reflect, and acknowledge that Samsung is actually taking quite a risk here.

Samsung’s flagship Galaxy devices receive two major Android updates, apart from the now regular security patches. The Galaxy S5 started out on Android KitKat, spent a year on Lollipop, and is now running smoothly on Marshmallow. The Galaxy S6 was released with Lollipop, jumped to Marshmallow less than a year after its market launch, and is heading to Nougat sometime in 2017. The same will apply to the Galaxy S7 and Galaxy S7 Edge. But not all updates are equal. Not this time.

So, what is so different about the Nougat update? It’s not Nougat. Or better phrased: it’s all the things that Samsung is sending out together with that latest version of Android. If you’ve been reading our What’s New in Nougat series, you’ve certainly spotted a thing or two. Or three. Or more.

This is by far the biggest update Samsung has ever brought to a device that’s already on the market. In Samsung’s Galaxy, it is very normal to get new features on your phone, long after you bought it. But the Galaxy S7 with Nougat is almost a new device, with not a few but many new features and a drastically overhauled interface. Even the central settings menu has undergone a major makeover.

Now many of you may think ‘Nah, it’s nothing new, it’s just the Galaxy Note 7′s Grace UX coming to the S7‘. You are right, of course, and it’s easy to see why Samsung would be eager to bring its improved interface to the market despite, or even because of, the unfortunate demise of the Note 7. But in reality, this is where things get risky for Samsung.

While many users welcome change, new features, and options, others are less happy with their beloved phone suddenly changing. And with a device like the S7 (edge), the ‘others’ category could easily consist of tens of millions of users. Users who, after installing the update, will be confronted with an entirely new settings menu structure, a different theme store, and new functions they should but probably won’t explore. Again, check out our What’s New With Nougat series to get a glimpse of the changes. 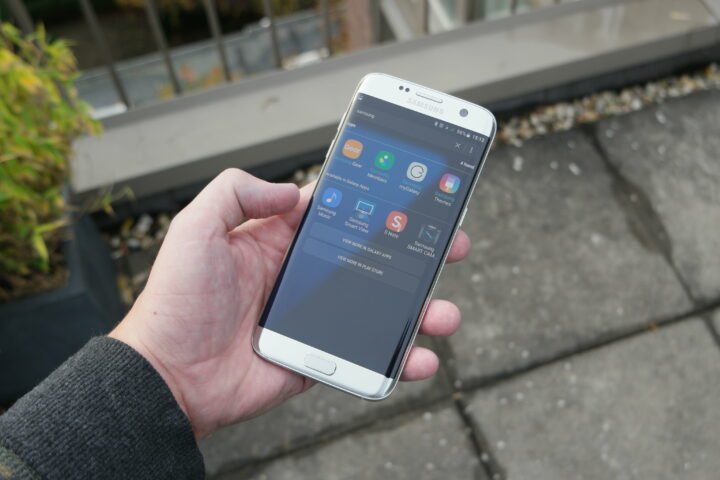 There is a good reason why Samsung has, in the past, been very careful to bring updated versions of their TouchWiz UX to devices running an older version of it. Most users are happy when their phones work the way they expect them to work. They spent weeks or months getting used to them. And then, all of a sudden, this update they never asked for makes them feel like a complete stranger to their own devices.

We might be exaggerating somewhat here, but in the past, we’ve seen the impact of, for example, Samsung removing its T9 keyboard mode on the Galaxy S3 and S4 with the transition between Android 4.2 to 4.3. What seemed like an outdated echo of times long gone turned out to be a much-used feature after all. It took a long time for users to stop asking how they could turn off transparency of the status bar in Android KitKat (note: you can’t – it was considered part of the improved design).

After every large update, there is a group of users that ‘wants their old phone back’. Not because of bugs, but simply because they don’t like the way the updated interface looks, or because they loved the way some particular features used to work.

Normally, this group is relatively small. But the bigger the update, the bigger this group grows, bringing us back to the start of this article. The Nougat update for the Galaxy S7 is very, very big, and therefore runs the risk of a large group of its recipients not liking all those changes. Or, at least, it ‘primes’ them: if all works smoothly, changes will ultimately be accepted. However, should the final update be as bug-ridden as, say, the original Lollipop update for the Galaxy S5, the Nougat update could become a very big problem very quickly. There’s no need to remind anyone that after the Galaxy Note 7, Samsung has very little room for error in its mobile game.

Don’t get us wrong, we are not here to cry wolf. Last year, Samsung showed it learned its lessons from the previous year’s Lollipop update and made sure the Marshmallow update on the Galaxy S6 went down quite smoothly, even if a bit slower. This was achieved, largely, by launching a beta program before releasing the actual update. You know, exactly like Samsung is doing right now with Nougat on the Galaxy S7.

And, as we’ve stated before, what we’ve seen from the current beta is genuinely impressive, even if it might take many users some time to get used to the elaborate changes. But it is nonetheless interesting to point out that Samsung, by bringing such a significant update to the user experience of the Galaxy S7, exposes itself to an equally significant risk.

Samsung’s first, major move post Note 7 shows the company is not shy at all. In fact, it is pretty bold and should be recognized as such. We’ll keep our fingers crossed that it works out. And if it does, we can’t wait to see what comes rolling out when the next product of this mentality in unveiled: the Galaxy S8.

Source: Samsung is not playing it safe with the Android Nougat update – SamMobile by Michel G